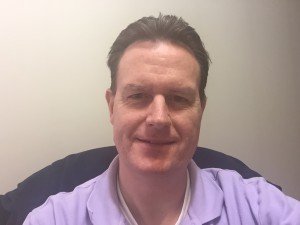 My name is Alexander and I am fascinated for the future possibility of warp drive invention and the next chapter in space exploration, reflecting on what it will mean for the human race. I named this blog as Warp Drive Possible as the title reflects a positive vision, that it is possible but of course not yet scientifically proven.

The goal of this website is to create awareness into the concept of faster than light propulsion, what scientists are doing in this research and why it is not as far fetched as it may seen on first hearing. In addition I created this site to push forward the boundaries of discussion into this controversial topic and to create a unique experience on the internet.

Plus I wanted to talk about the next chapter in human space exploration with new innovative technologies that will allow humans to go to Mars and settle in this solar system.

Scientists are now exploring new ideas and concepts in the laboratory that they didn’t thought possible only a few years ago, this includes how to generate negative energy for the possibility of an artificial worm hole, teleportation, a quantum internet, warp drive, gravity waves, an inter-planetary internet, and many more advanced concepts that scientists are now exploring and testing certain concepts in the lab.

It is one thing to be talking and writing research papers on this topic of Warp Drive Mechanics, but something else entirely to be doing experiments inside the laboratory to prove that it is possible. Warp Drive is considered to be hypothetical but some areas are now moving from speculation into actual science.

NASA have a team of scientists whom research into advanced propulsion and they are even trying to generate a very small instance of a warp bubble in the lab as a prove of concept to study what can be learned and if such a phenomena is possible.

Such research into warp drive is really going to help humanity in the future. I want to bring this research that many scientists are doing to public awareness.

Let’s go to Alpha Centauri and Beyond…

Just imagine for a moment the huge implications of this kind of technology. It would transform our lives as we would transform from a global society to a galactic society.

Allowing humans to live and explore our neighboring star systems within their lifetimes.

If we look at today with commercial flights, we can easily travel all over the world with ease. The idea of not being able to do so is unthinkable to most of us. You can get on a plane in Toronto, Canada in the evening and arrive in Glasgow, Scotland in the morning.

Lets take that one step further with Space Propulsion Technologies with the ability to travel to Mars and the outer solar system within a few days or hours. Along with the ability to fly to Alpha Centuri within a few days or weeks. We would be saying how awful it would be to only be living on the Earth all our lives and not able to leave this planet. Such horrible isolation!

We are now starting to approach interesting times and a new era in space exploration where this will become possible, thanks to the new understandings of our Universe and advancements in Technologies.

Perhaps by the end of this Century we will have the ability to explore other star systems. I think perhaps in the next 50 years we will be living on Mars and other parts of this solar system.

At the very least NASA and other space agencies will be sending Astronauts there.

The Holy Grail of Interstellar Spaceflight

While current rocket fuel propulsion systems are limited to exploring much beyond Earth, the Moon and Mars.

There are developments underway of new kinds of technologies that will initiate a new era in space exploration.

We don’t need warp drive to travel efficiently around the solar system but a faster than light propulsion is needed if we want to travel to other star systems effectively. Breaking the light barrier, is the holy grail as without such a breakthrough propulsion, humans will not be exploring much further than their own solar system.

I hope you enjoy reading about the different topics and areas of research currently being investigated by scientists and why they are pursuing them.

I want to thank you for visiting Warp Drive Possible and please comment below if you have any questions.

You make it a great day!