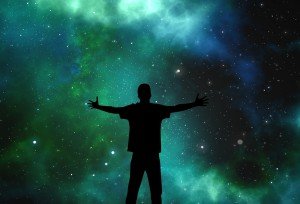 In this article I would like to discuss with you on the NASA warp drive experiments that the media has been running with over the past few years. NASA admits that they have been running experiments and they have their own ‘warp drive program’ which is investigating what evidence is available on the concept for breaking the light barrier.

It is important to point out that NASA is not building a warp drive engine as they have been quick to point out in the media controversy. To do such a thing is a long way off and even if you could do this, you would not be using it with conventional technologies, as these are all based on classical physics.

Instead you would have to incorporate technologies that embrace quantum mechanics such as quantum computers. Both for the high complexity of computation processing required and also for working with ‘imaginary’ coordinates, in quantum physics and navigating through spacetime distortions.

Trying to navigate with conventional means through a worm hole and a warp drive is like trying to get the answer before you know what the question is.

Just like in Hitchhiker’s Guide To The Galaxy written by Douglas Adams, as the super computer Deep Thought pointed out when it gave the answer of 42 about the Life, The Universe, and Everything, that the problem was they tried to build a super computer to figure out the answer before they understood what the question was! Until you understand was the question is then the answer will be meaningless.

NASA have been conducting small scale table top experiments at their Eagle Works Advance Propulsion Technologies Laboratory to understand how difficult it would be to generate and measure a curvature of spacetime around a photon, at the microscopic level. They want to see if they have understood the mathematics and the science behind such a phenomena. To prove it is possible and move it into the realms of speculation into science.

Along with this is to also understand that the energy requirements to generate this effect can be greatly reduced from the energy mass equivalent of Jupiter to something more realistic and practical such as the voyager space probe energy mass size.

We know that space has been expanding or stretching since the big bang where the light we see in the night sky of the stars has red-shifted. An object with mass cannot go beyond the speed of light. However, space itself does not have mass and can move at any speed.

If you could figure out a way to compress space in front of you and expand space behind you, it might be possible to travel at speeds far greater than light, without you actually travelling at those speeds locally. Therefore there would be no adverse side effects as you remain within a spacetime warp bubble as your destination comes to you and your departure move away from you.