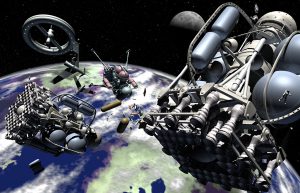 NASA scientists are performing specific experiments that could help make warp drive possible in the future coming from a laboratory that was designed for the Apollo program at the Johnston Space Center in Houston.

A spacecraft that is designed with warp drive capability would look like a foot or rugby ball, and surrounding this would be two large rings. These rings would use exotic matter to cause space-time to compress in front of the craft and expand behind it.

A NASA physicist, Harold ‘Sonny’ White, is working on experiments that embrace these concepts on a very smaller scale using a device used for measuring light in the laboratory. White says that they are looking for a change in the path length of a photon on the interferometer since that would be potential evidence that they are looking for. He points out that they have got some kind of readings done in several experiments using different techniques.

Certainly these results are compelling, however, this is in no way concrete proof that a warp drive would work. These small scale experiments are just the first initial steps in understanding if these concepts can be taken out of speculation and theory and into the actual science where something could be applied practically.

Quantum vacuum plasma thruster physics is another technology that Dr. White is investigating at NASA, since this could be a solution for the fuel source needed for running a warp engine.

A quantum thruster works similar to how a submarine in the ocean, where the engine sits in the propellant. You don’t fill up the submarine with water before using it. The same is with q-thrusters except we are talking about the vacuum of space where particles are bleeping in and out of existence.

So in theory the spacecraft is propelled through space by stirring up the energy sea or cosmic ocean, with an effect of ‘quantum level perturbations.’ So the result is a thrust similar to that created by a submarine moving water.

The purpose of this is that such technology can generate the negative vacuum energy which is an important part of the recipe for a warp drive. 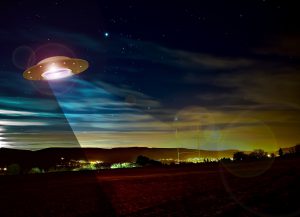 The scientists say the models that explain how to build a quantum thruster are the same they use to design and build a negative vacuum generator. This may help them answer questions if the thrusters would be a propulsion expression of the physics. Similar to the big ring around the spacecraft I mentioned above.

White says that if you look inside those large rings, there would be thousands of little cans that are the negative vacuum generators.

The quantum thrusters technology is a separate work that White and his team have been working on but they want to see if they can apply this to their Warp Drive experiments in the lab.

White says that they have measured a force in several test devices that shows a distortion inside the quantum vacuum. This effect has been very small but significant in their experimentation. Moving things along, White wants to do more reliable tests to try and amplify the data. At the moment they consider the data important still inconclusive.

The warp drive spacecraft would never be going faster than light itself, but the warped spacetime around it may allow the ship to achieve a potential speed of 10 times the speed of light within the realms of White’s ideas.

The warp drive first came from science fiction into the domain of actual science back in 1994 by the Mexican physicist Miguel Alcubierre. At the time the warp drive required a huge amount of energy.

However, White’s research has brought the amounts of energy down to a more feasible level. Just prior to this studies showed that the energy requirements would be to the mass of the planet Jupiter.

Scientists suggest that during cosmic inflation of the big bang, spacetime expanded at many times greater than the speed of light. So there are questions that ask if nature can do it can we? Can this be simulated around the area of the spacecraft.

Dr. White now feels that a warp drive could be powered by exotic mass to the size of NASA’s Voyager 1 space probe.